Geeta makes a cake; the smell slides through the vents in my apartment, warm and cloying.

The cake is vanilla.

I hate vanilla. I’m more of a hamburger cake guy. I know I’m not the one organizing or planning this wedding, because I don’t care, but couldn’t she cater more to my tastes?

That’s what a good wife does. She calls me but I don’t pick up. I know why she’s calling anyway, so it doesn’t matter. I mean, I got things to do. 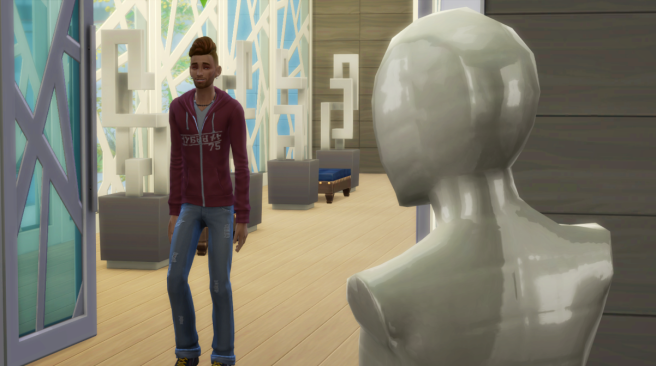 Like visiting the museum in order to, ahem, top up my finances. There’s also the karaoke bar, where my mom’s giving free drinks. They turned out to be  free drinks of water. Thanks, mom.

Know who I am: an avowed and unrepentant liar who will make my wrongdoings everyone else’s fault. I am probably just like your ex, Kevin. There’s a reason why he’s your ex.

I am telling you a true thing.

Here is another true thing: Geeta is controlling. She didn’t even ask me about the cake flavor.

So she gets what she gets.

The unreliable narrator is one of those concepts that we all think is easy to grasp. The narrator is crazy, so she’s unreliable. The narrator’s a liar, so he’s unreliable. But it’s rarely so cut and dry. It’s been sixty years since Lolita was published, and some of us are still arguing whether Humbert Humbert is an unreliable narrator. Doesn’t Humbert tell the reader the truth: that he is attracted to underage girls, that he purposefully infiltrated the Haze home in order to get closer to twelve-year-old Dolores, that he kidnapped her after her mother conveniently died in order to rape her repeatedly?

Is a truth-telling monster therefore reliable?

Can the reader trust what the monster has to say? 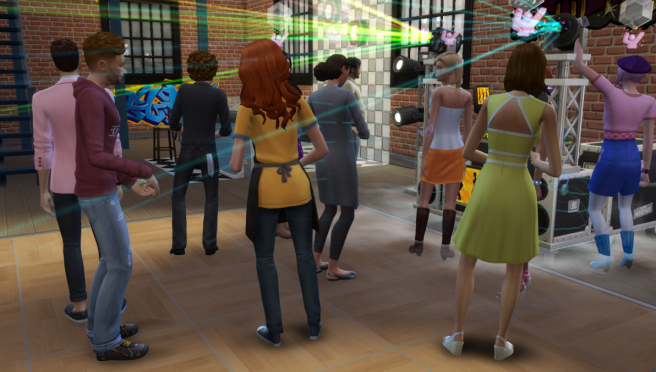 I’m different, though. I’m no monster. I’m not punishing Geeta for not catering to my every whim. I just got caught up in the moment.

But Humbert is a piece of work.

Consider the entire reason for Humbert’s confessional: He is in prison for murder, and his lawyer has urged him to write out his side of the story. He is looking for sympathy. And when you believe Humbert when he says that Dolores Haze seduced him–that it is somehow her fault a man nearly thrice her age kidnapped her and took her on a sex tour of cheap hotels–he has found his sympathy. When you believe, on Humbert’s word, that Dolores is a brat and an unsympathetic character because it’s her nature and not because she acts out due to her stepfather regularly raping her, he’s duped you.

Nabokov can’t count on you to see the clues he left in Humbert’s narrative: Humbert regularly lies to other characters. Humbert is seeking your sympathy despite his heinous confessions. Humbert is currently in jail.

The author of the unreliable narrator requires you to see through him. Otherwise, the author has just written asshole apologia.

But hey, at least you know there’s nothing to see through with me.

I mean, was it so difficult for Geeta to ask me my preferences for something I already said I didn’t give a shit about? It’s her fault I’m here, really.

Not to mention, I did something good while I was out. 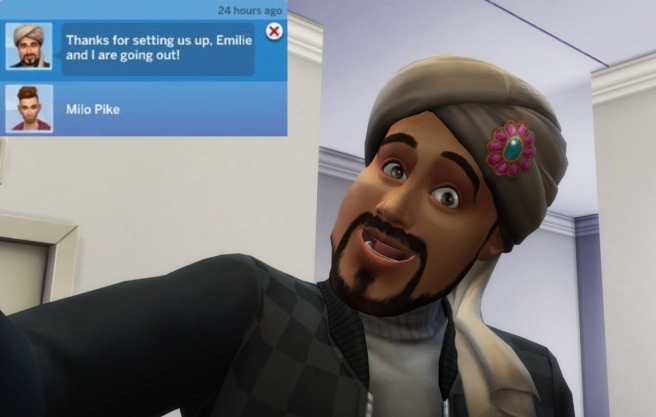 I set up Geeta’s hopeless son, Raj. And that makes me right.

Dethklok on the gallery:

Skwisgaar Skwigelf taller than a tree

Toki Wartooth not a bumblebee Start out with a homeless sim of any age, any aspiration, and any combination of traits. For an extra challenge, choose an elder, because now it’s a race against death. Set money to 0.

Go to the Von Haunt Estate and befriend a ghost. Add the ghost to your household using a cheat. The Von Haunt ghosts won’t move in with you unless you cheat. Never play as the ghost until you have ambrosia. You’ll need level 10 cooking skill, level 10 gourmet cooking skill, a death flower and an angel fish.

Your job is to raise the ghost from the dead.

Sounds simple enough? Off we go! 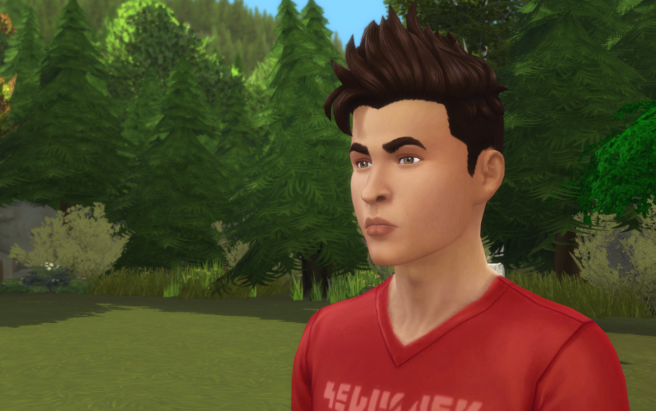 This is  Timothy Delgato, the kleptomaniac son of Pierce Delgato and Luna Villareal. Everyone he knows is dead. He has no money, no skills, and no satisfaction points. Timothy is already halfway through the young adult life stage. Time’s a-wastin’ Sonny boy.

Timothy introduces himself to Bernard, the Lord of Shalott. Didn’t know they dressed like that in the 19th century.

Looking for an angelfish. Timothy is not off to a good start. He’s starting to get lonely; maybe it’s time to visit the Von Haunt estate again. Here’s a story: Boys without a good male role model are more prone to participate in criminal activity. Here’s another story: In Mr. Water’s sixth grade history class, you are assigned the dreaded family history project. Where do you come from? Germany? Indonesia? Bulgaria? You know your mom’s side but you don’t know anything about your dad’s, because you don’t know who your dad is. Your birth certificate says your father is unknown. Your mom, well, she’s no help. It was a dark time, she says. I don’t want to dig up the bones, she says.

She always says that: she doesn’t want to dig up the bones. You thought that meant your father was dead.

So you order a DNA testing kit from Ancestry. When the results come in, you see it’s connected you to a man named Nathan Broadmoar. 99% chance he is a close relative, like a father. You search his name on Facebook; it’s easy to find him. He has your large nose and red hair. Or rather, you have his. He lives in your town.

You stare at this man’s photos: a Christmas portrait with his wife and two daughters, one older than you, one younger; him on a Harley Davidson; him at the beach, his oldest daughter burying him in the sand; him and his wife by the pool, wineglasses in hand. His anniversary? Probably. Nathan Broadmoar is a family man.

You know why. You’ve always known it, honestly. He didn’t want you because you were wrong. You’ve always felt the wrongness inside you, the anger bubbling up from your guts, spreading through your fingers. The impulse to throw yourself from the roof, to slice your palm with the knife and watch the blood pool in your palm. The unrelenting, nagging urge to take and to keep.

Mom was right. You shouldn’t have dug up the bones.

None of this is true, of course. You have to remember, not only am I a bundle of pixels created expressly for mischief, I’m also a liar. But which story sticks with you?

What stories have you heard about the Rasoyas? Let me guess–Raj is weird, he wanders uninvited into other sims’ apartments. There are woo-hoo noises late at night, but only Geeta and Raj are home. Geeta is always telling other sims to keep it down, even though she is far noisier than them.

Your perception of the Rasoyas, based on countless stories in the forums, shapes how you treat them.  You make them enemies, or you ignore them, or you hand-buzzer Raj until he wets himself. No one breeds their sims with Raj, like they do with Salim or Akira. No, Raj dies alone.

It’s possible Raj has some really good genetics hidden…somewhere. But hardly anyone knows. It’s ridiculously easy to make friends with the Rasoyas, but hardly anyone does it.

Look at how these simple stories affected your gameplay. Stories are power.

Would it interest you to know that before I befriended Raj, his best friend was the toilet? Or that he’s an accomplished chef? Or that maybe he’s not so good socially, but he is genuinely happy despite that?

Here’s a story: There are rats in my cheap-ass apartment.

The landlord says, “So what? Buy poison.” And I do, but the fact is, I don’t want this apartment. I want the Rasoyas’ place.

The fact is, I’m going to have what I want.

Now that Tyler’s moved on up to the east side, to a deluxe apartment in the sky, he could not be happier. He is a little wary because of all the  roommates, but that’s probably just how chads live. Communally.  Tyler lives in a commune of chads!

He finally got a piece  of the pie. But Tyler isn’t the only newbie in the house. No! Meet Duncan Hunter, low-level Republican representative currently under investigation for campaign finance fraud (shocker, I know). He had to secure new lodgings because he threw his wife under that investigatory bus.  Poor Duncan! It’s so difficult being a corrupt, thieving, criminal liar.

To console Duncan, Daddy Putin gives him a campaign donation. Vladimir thought it was funny, anyway. What’s the matter, Duncan? Can’t you take a joke?

Tyler grabs a drink and wanders his new apartment because that’s what chads do, right?

It’s what Vladimir did at Tyler’s apartment. Jared Kushner breaks the coffee maker because he’s not bright.

Duncan Hunter has taken up video gaming. Wonder if he’s playing with his $1500 worth of Steam games he charged to his campaign. 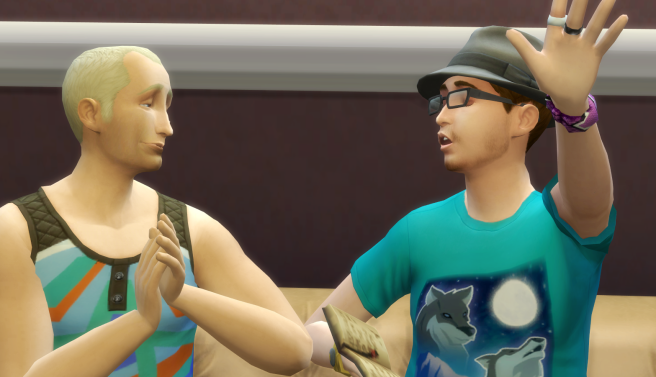 Tyler asks Vladimir to be his boyfriend and Vladimir says yes! That’s it! The last one! Tyler has ascended to chad status!

I made Tyler a gif to commemorate the occasion. Congratulations, Tyler. You did it!

Tyler is feeling fulfilled after a closet romp. 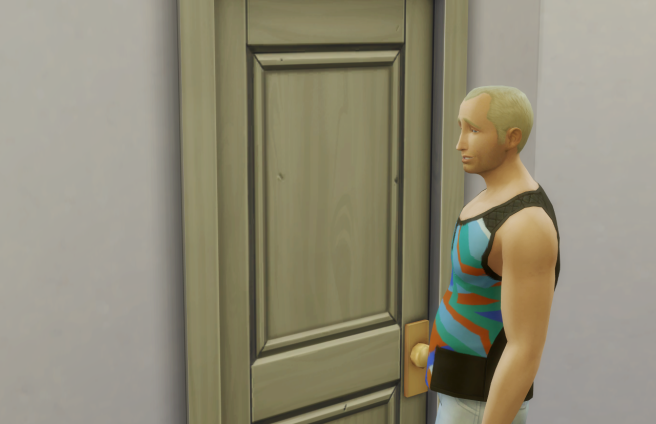 Vladimir tires easily of his boy toys, and decides to lock the closet door to keep Tyler out of his way.

Tyler tries to call the one woman who will always love him, his mother. But it goes straight to voicemail. “Mom?” Tyler cries, unable to keep  his desperation out of his voice, “Vladimir Putin has me locked in a closet. Mom,  I need you. Pick up, Mom.” No one seems to care about Tyler’s plight. Not his daughters. Not the other chads.  Certainly not Vladimir.

Other things are going on, such as the hundred notifications I just got claiming that Jared Kushner is burning to death. 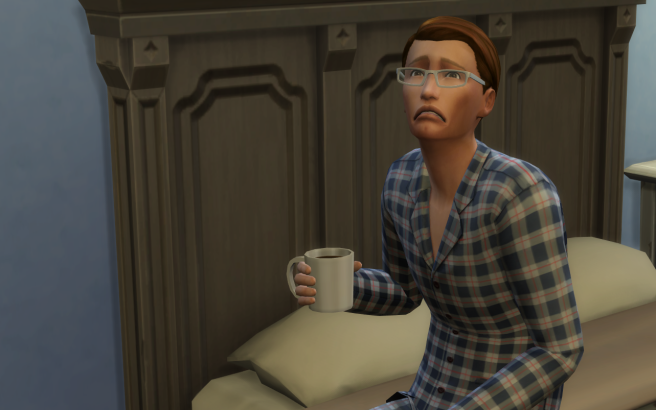 Let’s go  over this line of thinking, Jared. In someone else’s episode, you decided to drink hot coffee. And hang out in a bedroom with a lit fireplace. Jared Kushner killed himself. I guess he was tired of  waiting for Vladimir to do it.

In all the excitement, everyone has forgotten Tyler. He wets himself.

He passes out from exhaustion. Finally, he dies of starvation, in a puddle of his own piss.

And so Tyler Teague, first of his name, slayer of puss, actual ascended chad, comes to his end. You did it, Tyler. You will be mourned by no one as you pass through the afterlife.

Overall, I spent about 60-70 hours with the delightful Colt Smugger and his charming family. Some thoughts: 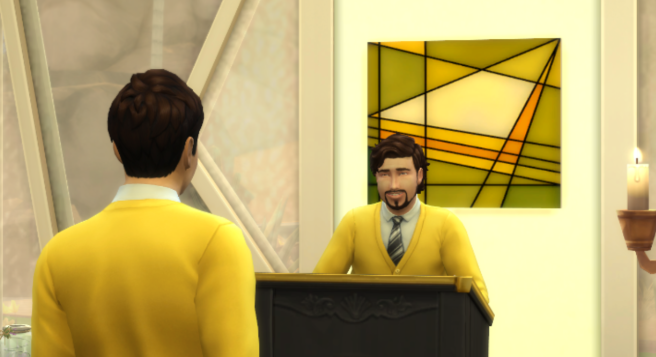 3. No one in Sim-world is lactose intolerant. Grilled Cheese for everyone! 4. To find time for exercise, you have to learn to let other stuff go. 7. Sometimes things happen that no one would believe. People should believe, but they don’t.

8. Many suitors that come sniffing around cult-raised girls are inappropriate and abusive. They know if they put up a good mask in front of the cult’s men, they can abuse the girls to their heart’s content.

10. Sometimes you want to stand up and leave, but you find you’re locked in.

Bonus: I will never again play with laundry. Fuck laundry.